Serko is a technology company focused on innovative solutions that address the challenges of corporate travel and expense management. Serko’s online solutions are used by corporate and SME customers in more than 180 countries.

Serko is a market leader in the travel and expense category, used by over 5,000 corporate entities and Travel Management Companies who combined book more than A$6bn of transactions a year through Serko’s platforms (pre-Covid).

Listed on the New Zealand and Australian Stock Exchange Main Boards (Ticker:SKO). Serko employs around 300 people worldwide, with its HQ in New Zealand, and offices across Australia, the U.S. and China. Serko is included in the NZX50 and FTSE Global Small Cap Indices.


Previous | Next
Showing page of 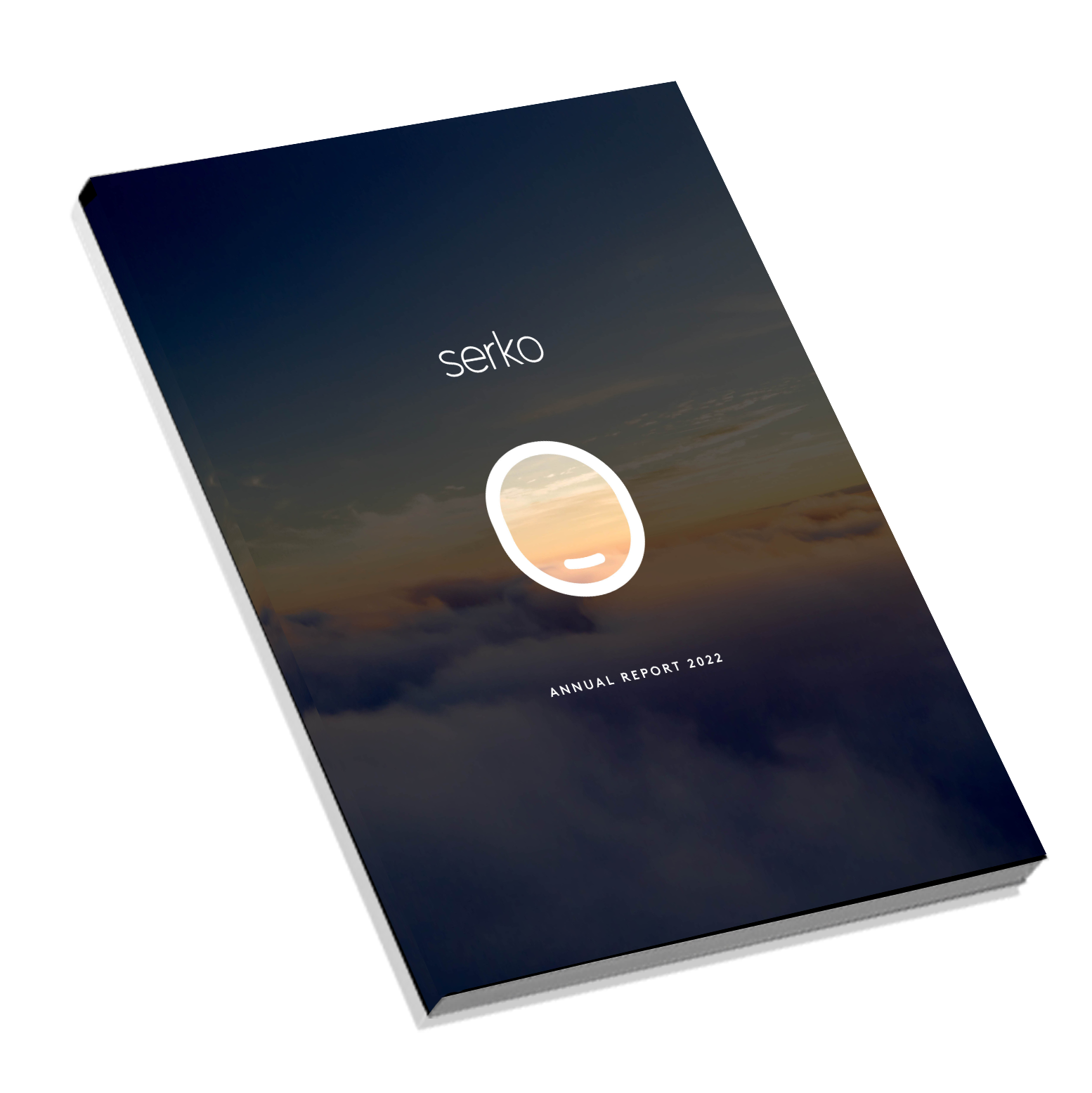 Download the Serko 2022 Annual Report to learn about our business performance and strategic objectives, and review complete financial statements for the 2022 Financial Year.

In addition to increasing transaction volumes, Serko is growing revenue per booking through premium solutions such as Zeno and through increased revenue on travel-related content such as hotel bookings and airport transfers.

Serko is developing technology that directly enhances revenue, furthers its lead in the market and positions it well for future industry disruption. Zeno, launched to market in 2018 is a key example of this innovation which builds artificial intelligence, machine learning and a next-generation user interface on the proven Serko platform to create a premium offering.

Size of customer base

Serko continues to build it’s dominant market position in Australasia and is using this as a platform for global growth with expansion into North America and Europe, and an extension into the Global SME market in partnership with Booking.com.

Darrin has more than 25 years' experience in travel technology and is a recognised industry innovator. He has been responsible for leading major changes in the corporate travel industry throughout his career and was named one of the top 25 most influential executives in the travel industry by the Business Travel News (BTN) Group in 2014.

Darrin has held directorships and senior management positions across various companies, including the Gullivers Travel Group (listed on the Australian and New Zealand Stock Exchanges between 2004 and 2006). Darrin has previously been awarded the NZX Hi-Tech Entrepreneur Award, has been a finalist for the NZ Hi-Tech Company Leader Award and the EY Entrepreneur of the Year Award.

Since 1987, Bob has been involved in transforming the travel industry, collaborating with the World's leading airlines, travel agencies and global distribution systems. He has held a number of directorships and senior management positions in various high-profile ventures, including Gullivers Travel Group (listed on the Australian and New Zealand Stock Exchange between 2004 and 2006) and Interactive Technologies.

Bob has been a past finalist for the EY Entrepreneur of the Year Award.

Claudia is based in Wellington, New Zealand. She holds an LLB (Hons) and BCA from Victoria University (Wellington). Claudia has been a founding member of two highly successful entrepreneurial ventures. The first venture was Massive Incorporated, a network for advertising in video games, where she helped pioneer ‘digital’ as a media buy. Massive was sold to Microsoft in 2006. In 2009 she co-founded Victors & Spoils (‘V&S’), the first advertising agency built on the principles of crowd-sourcing. V&S was majority acquired by French holding company Havas Worldwide in 2011.

Claudia is a strong supporter of the New Zealand start-up scene as an active mentor and advisor. She sits on the board of Air New Zealand and is also the digital advisor to the Board of Westpac New Zealand.

Jan is Chair of Westpac New Zealand and a director of Air New Zealand, AIG Insurance New Zealand Limited, Meridian Energy Limited and World Sailing. Sbe is a member of the University of Auckland Council and the Capital Investment Committee of the National Health Board.

Jan was a partner of KPMG for 30 years, specialising in audit and risk advisory, and the Chair and Chief Executive of KPMG New Zealand from 2006 until 2011.

Clyde is based in Australia. He holds a BBus, and MBA from Cranfield University United Kingdom (UK). Clyde is a Fellow of the Australian Institute of Company Directors and a Fellow of the Institute of Directors UK. He is the founder of Optima Boards, providing independent director and advisory services to public, private, family office and charitable entities around the world. Clyde has worked in publishing, media, online and technology sectors, living in the UK, Germany, China and Australia. He is a director of ASX-listed technology company, Infomedia Limited, and Chairman of the Board of Chapman Eastway Pty Limited.

Stay up to speed with our newsletter